NY Times: http://www.nytimes.com/2012/10/02/us/barry-commoner-dies-at-95.html
“He found his political voice when he encountered the indifference of government authorities to the high levels of strontium 90 in the atmosphere from atomic tests. Quite simply, he said in an interview with The Chicago Tribune in 1993, ‘The Atomic Energy Commission turned me into an environmentalist.’”

Dr. Commoner initiated the original Baby Tooth Project to document the global effects of radioactive fallout, documenting concentrations of strontium 90 in thousands of human baby teeth. His work contributed significantly to the adoption of the Nuclear Test Ban Treaty of 1963.

We remember and honor this brilliant public health pioneer dedicated to protection of the planet and all its life. 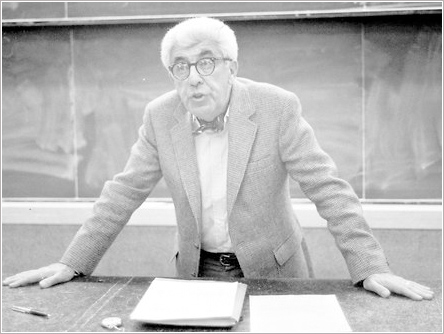